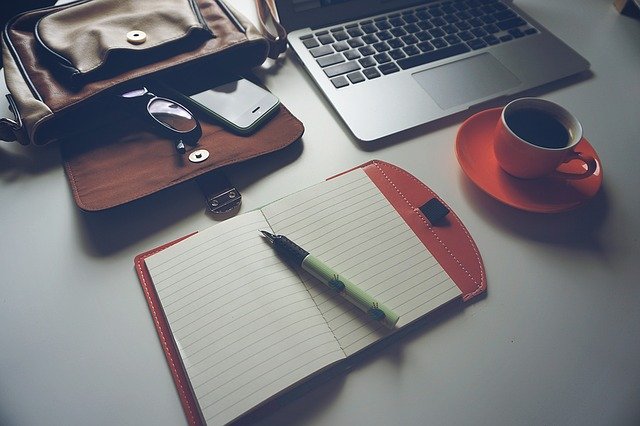 With order No. 18 of June 26 2019, the Second Section of the Court of Cassation – regarding the question of the law applicable to the succession mortis causa of an English citizen, who died in Milan, comprising several assets located in Italy – has considered appropriate to transmit the documents to the President, in order to allow the referral of the lawsuit to the United Sections of the Court of Cassation, deeming the solution of case particularly relevant.

The litigation before the Supreme Court of Cassation arises from the appeal against the decision of the Court of Appeal of Milan, by which the trial judge – on the basis of what has already been established by the judge of first istance – has accepted the claims proposed by the widow of the de cuius, granting her one third share of property located in Italy, in addition to the recognition of a substantial amount of money.

Now, leaving aside the trial events, it is sufficient to underline that the Court of Appeal – in accordance with Article 46 para. 1 Law. No. 218/1995 – has deemed applicable to the succession of the de cuius the English material law, on the basis of the deceased’s nationality at the time of death. Consequently, based on Section 46 of the Wills Act of 1837, the judge has considered that the will, drawn up in London on October 29 1997, had been revoked as a result of the subsequent marriage with the defendant, considering therefore the entire succession as ab intestato. In compliance with the English private international law, the judge has therefore subjected the succession relating to movable property to the law of the testator’s domicile (domicile of origin) and that relating to immovable property to the lex rei sitae. Thereby, the transfer of succession rights on this assets, being located on Italian territory, would therefore have been governed by Italian law.

About the conflict-of-law rules on succession

The case under examination, highlights several coordination problems in the relationships between legal systems which use different connection criteria, in relation to successions with cross-border nature (e.g. applicable law to the will, English law and exception to the principle of universality of the succession). Among these, there is the relevance that lex rei sitae can take in the context of Law No. 218/1995, as a result of the renvoi contained in the rules of foreign private international law which provide for the principle of scission[1].

This principle, as is known, involves the application of specific rules on the basis of the nature of goods included in the succession. In particular, in common law countries, the rules of private international law relate to succession provide for two different legal regimes for movable and immovable property, subjecting the former to the law of the deceased’s last domicile and the latter to the lex rei sitae, that is, the one in force in the place where they are located. In the succession of immovable property, the acquisition mortis causa of each asset would, therefore, remain subjected to the law in force in the places of goods’ location, with the consequence that, in case the hereditary mass would included assets located in different States, would be applied different national laws[2].

In the perspective thus outlined, it is therefore necessary to establish whether – as a result of the renvoi envisaged by the English conflict-of-law rules in relation to succession – the lex rei sitae (rectius the Italian succession law), in addition to constitute the set of legal rules that governs the modes of acquisition of the bequests, can represent – itself – the law applicable to the succession or, if instead it take on importance only in order to determine the modes of creation and transfer of hereditary assets. The lex rei sitae recognition as lex successionis or modus adquirendi, produces effects both on the dispute at issue and, more properly, on the functioning of private international law. In this regard, must be stressed that, according to the traditional allocation of competences in force in the field of private international law, only the determination of the modes of acquisition of hereditary assets is devolved to the lex rei sitae[3].

Having said that, Article 46 para. 1 Law No. 218/1995 states that the succession upon death is governed by the deceased’s national law, at the time of death. In this way, the legislator – in substantial continuity with the traditional understanding of the legal institute – has intended to subject the whole succession to a single law, identified on the basis of the objective criterion of citizenship of the deceased.

It is well known that the renvoi to rules belonging to a different legal system, pursues the practical purpose of making applicable in the forum State the same law which is designated as applicable by the legal system of the State that makes the renvoi, in view of greater uniformity of regulation. This implies a complete examination of the Italian conflict-of-law statute, also including the rules that define the position of the same with regard to the renvoi[4].

Well, Article 13 para. 1 Law No. 218/1995 establishes that, whenever foreign law is invoked, it is necessary to take into account any renvoi made by it to the law of another State: a) if the law of that State accepts the renvoi; b) if the renvoi concerns the Italian law. Its purely bilateral formulation allows, therefore, the simultaneous application of several substantive laws through the so-called renvoi onwards (to another legal system that accepts the renvoi) and the so-called renvoi back (to the law of the original State).

In this perspective, the functioning of the renvoi mechanism can therefore lead, in some cases, to apply to the succession a law different from the national law, or to subject the succession to several laws according to the nature of goods included in the relictum[5].

Now, in the case under consideration, it seems to me that the English legal system – according to its rules of private international law – intended to govern the succession of the deceased as a whole. In this regard it can be observed that, the English law subordinates the transfer of the succession rights pertaining to movable property forming part of the estate to the observance of the law of the deceased’s last domicile, referring back to the lex fori as regards to assets located abroad. In this renvoi are hidden the problems relating to the identification of the scope of the lex rei sitae. Although the application of the lex fori correspond to the effective intention of the foreign legal system which makes use of the renvoi, it is nonetheless required to evaluate – in a practical sense – the nature of this last, in order to allow the recourse of the Italian substantive law to regulate aspects not otherwise governed by the law applicable to the succession.

In order to do this, it is necessary to examine Article 51 para. 2 Law No. 218/1995 according to which, the lex rei sitae regulates the acquisition and loss of possession, property and other rights in rem in movable and immovable property, except in matters of succession. However, from the literal of the provision in question, it would seem that the legislator wanted to significantly reduce the scope of the lex rei sitae in favor of the law governing the succession, attributing to the latter matters traditionally included in the competence of the former.

On closer inspection, the favor legis is only apparent, as can be seen from Article 55 Law No. 218/1995, which expressly provides that requirements, form and effects of the public notice of the property rights shall governed by the law of the place where the asset is situated. After all, as pointed out by Damascelli, the application of a law other than that of the place where the property is located would risk remaining ineffective, especially where the latter call for further requirements for the acquisition of inheritance assets[6].

Given the above, I consider more appropriate, for reasons of predictability and certainty of the succession, to extend the scope of the lex rei sitae in order to include matters traditionally attributed to the competence of the lex successionis. This by virtue of the will of the foreign law of not applying to the succession as a whole. In this context, the succession of immovable property located in Italy would be fully governed by Italian law, within which, for example, would be resolved the problems concerning the validity and effectiveness of the inheritance title, the amount of the shares attributed to the beneficiaries, the validity as to form of the declaration regarding acceptance or waiver of the succession, the public notice of the legal deeds, etc…

The solution proposed, in addition to ensuring international uniformity of regulation, also appears respectful of the principle of closest jurisdiction, by virtue of which, in the contest between different laws, would apply in any case the law which is most likely to find concrete implementation.

The case of Oscar Pio requires the examination of elements of extraneousness with respect to the Italian legal system and the coordination between conflict-of-law rules of different legal systems[7].

As mentioned, the principle of scission creates, in relation to the same succession, different hereditary masses (with regard to movable and immovable property), each subject to a different law, governing all matters related to the acquisition of ownership of the assets forming part of the deceased’s estate.

The renvoi to the lex rei sitae seems, therefore, to exclude the applicability of English substantive law to the succession as a whole, thus precluding the expansive effect of the revocation to the entire will. After all, the reasons for the renvoi made by rules of foreign private international law to the law of another State, seem to be aimed at preventing the unequal treatment caused by the application of foreign laws by the court of competent jurisdiction, in view of the advantages deriving from international uniformity of regulation (first of all, the legal certainty).

Therefore, with reference to the succession of assets located in Italy, will find consequently application the Italian law.

Moreover, the “fragmentation” of the law applicable to the succession mortis causa not even seems to conflict with the principle of universality accepted by Italian private international law.

As a result of the above considerations, I believe that the problems concerning the validity and effectiveness of the inheritance title, the amount of the shares attributed to the beneficiaries, the validity as to form of the declaration regarding acceptance or waiver of the succession, the public notice of the legal deeds, etc… should be, therefore, resolved according to the lex rei sitae. In particular, as regards the validity of the inheritance title, if the will of the de cuius was deemed effective (with reference to immovable property) the widow, would be entitled to the reserved share equal to ¼ of the assets, pursuant to Article 542 para. 2 of the Italian Civil Code, where infringed, and not to that provided for by Article 581 of the Italian Civil Code as instead decided by the Court of Appeal of Milan.

[1] In particular, the United Kingdom, the United States of America, Ireland, Canada and certain civil law systems such as France, Belgium and Luxembourg welcome the principle of scissiom.

[7] As is known, Italy has not ratified the Hague Convention of August 1 1989 on the law applicable to succession to the estates of deceased persons. On the other hand, the UK has decided not to opt-in in the EU Regulation no. 650/2012 on jurisdiction, applicable law, recognition and enforcement of decisions and acceptance and enforcement of authentic instruments in matters of succession and on the creation of a European Certificate of Succession.

Did you find apk for android? You can find new Free Android Games and apps. 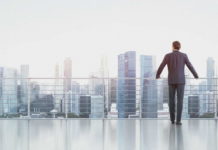 The role of the independent directors in the procedure regarding transactions with related parties (Consob regulation no. 17221/2010) 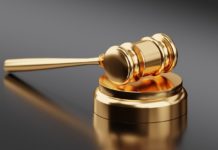 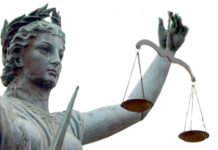 Having Regard to the Jurisprudence of the ICC, Consider Whether the Concept of ”Complementarity” in the Rome Statute is Working 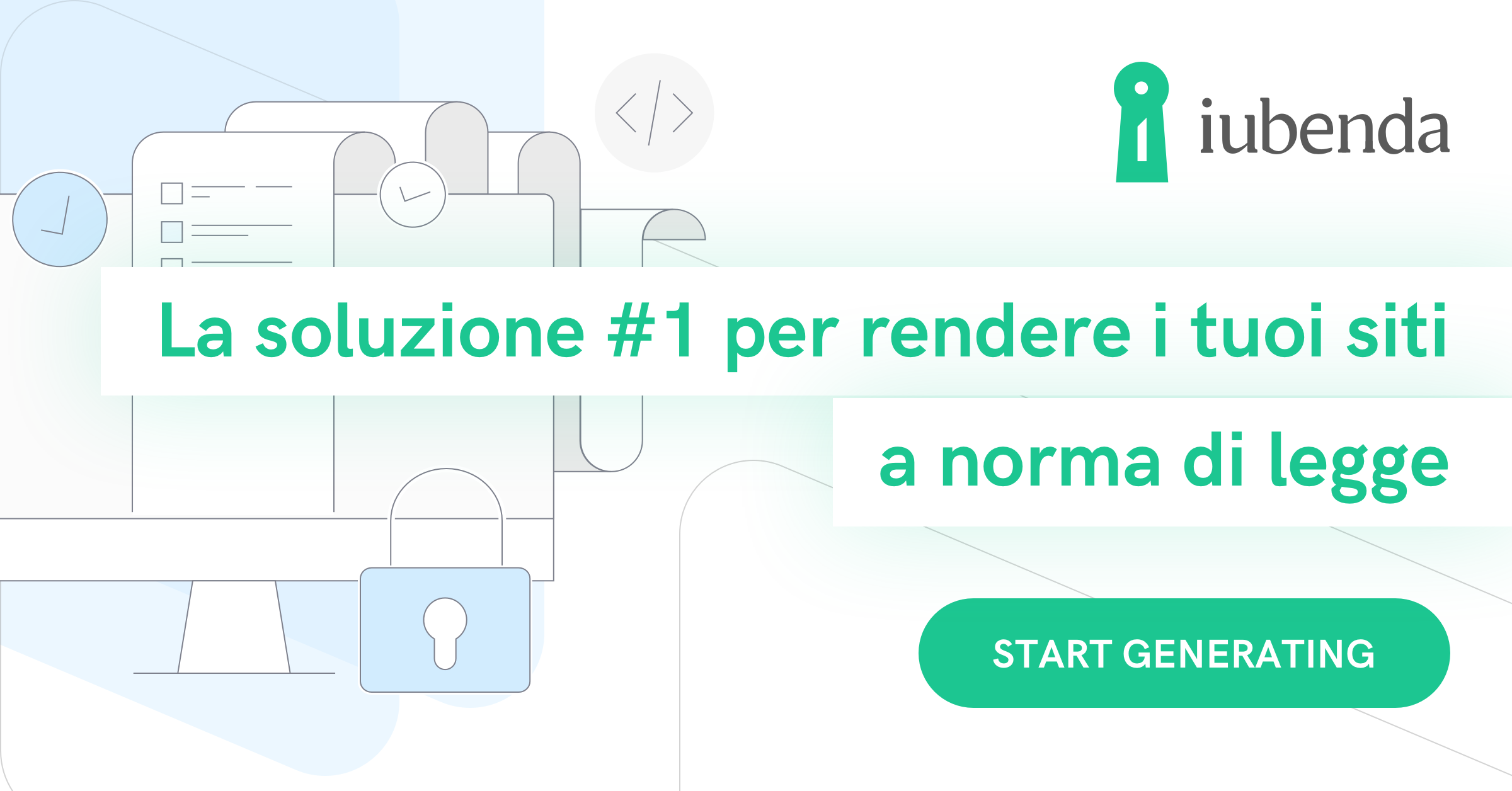 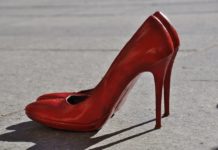 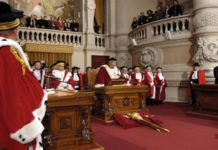 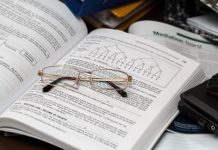 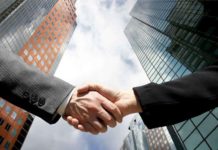 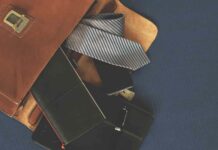